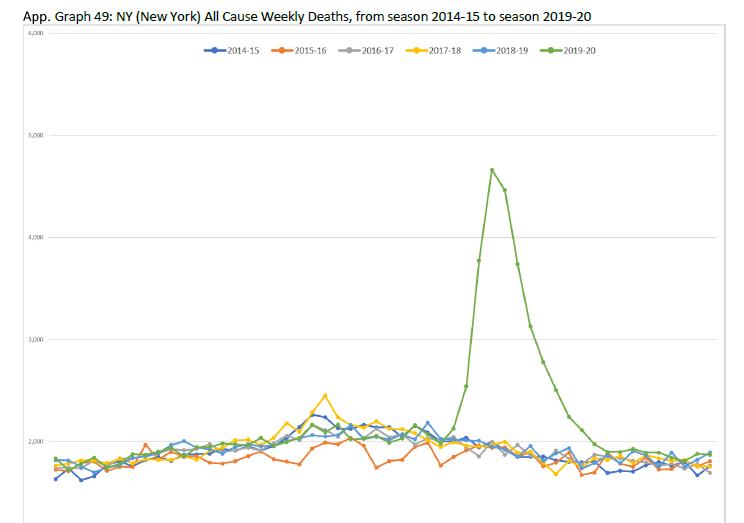 Briand provides a graph like this for all 50 US States plus New York City, showing weekly deaths with lines of different colors for each year.  The green line shows weekly mortality for the state of New York from August 2019 to August 2020.  New York state had strict social isolation mandates, but had much worse mortality than almost every other state, and significantly worse than in prior years.  Most of this was in New York City where the strictest mandates occurred, and where the long-term care understaffing crisis was one of the worst in the world.
In contrast, many states with milder policies had lower peak mortality than in prior years, but in an Orwellian reversal they were often heavily criticized, such as South Dakota and Iowa.  Over half of the states in the US had no significant increase over prior years, including all seven states that never issued stay-at-home orders (Arkansas, Iowa, Nebraska, North Dakota, South Dakota, Utah, and Wyoming), and most of these states had lower peak weekly deaths than in prior years.
Powered by